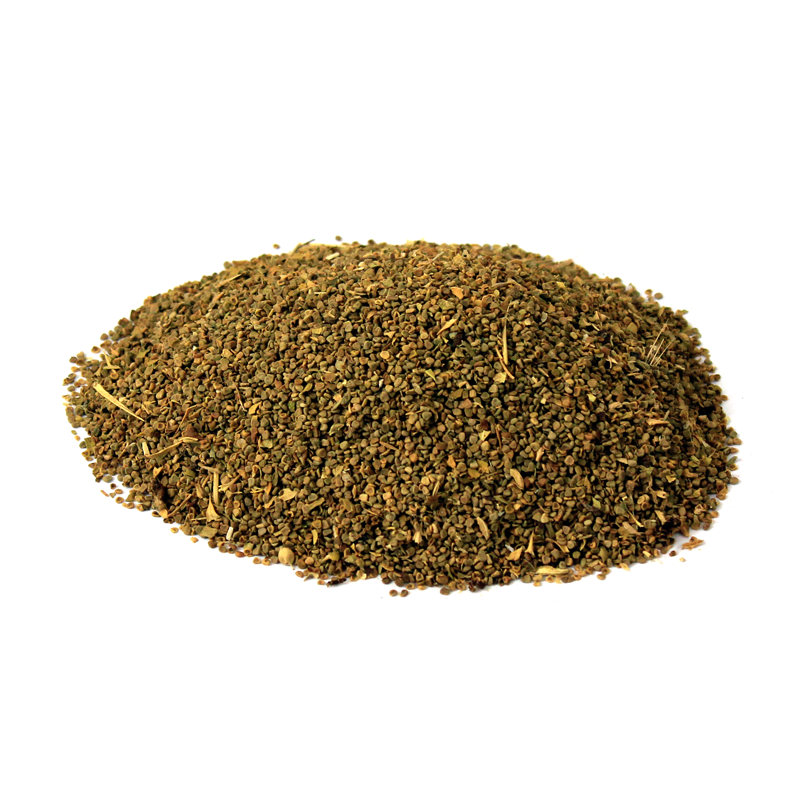 Henbane/Ajwain Khurasani (اجوائن خراسانی) also called Black Henbane, is either annual or biennial plant Hyoscyamus Niger that belongs to the Solanaceae family also known as the nightshade family. The plant can grow up to 25-100 cm tall. It has bright green, hairy leaves that are oval or elongated with toothed edges.

Henbane has been used as a medicine since ancient times and had a strong reputation as a magical herb that was for instance used in love potions and to induce hallucinations.

The main healing properties of the herb are due to the sedative, analgesic and antispasmodic effect the substance hyoscyamine. Henbane was used specifically for pain in the urinary tract, especially in the case of kidney stones.

The sedative and antispasmodic effect makes it a valuable remedy for Parkinson’s disease, where it relieves tremors and stiffness in the early stages of the disease.

The herb has also been used for toothache and nervous disorders such as mania and hysteria. The herb has been used as an herbal remedy for bronchitis because of its cough suppressant effect and the ability to clear the breathing passages from secretions.

Henbane is a dangerous and highly poisonous plant and it should never been used by pregnant or lactating women and children.

In severe cases the herb can be deadly, causing cardiac arrest or respiratory paralysis.