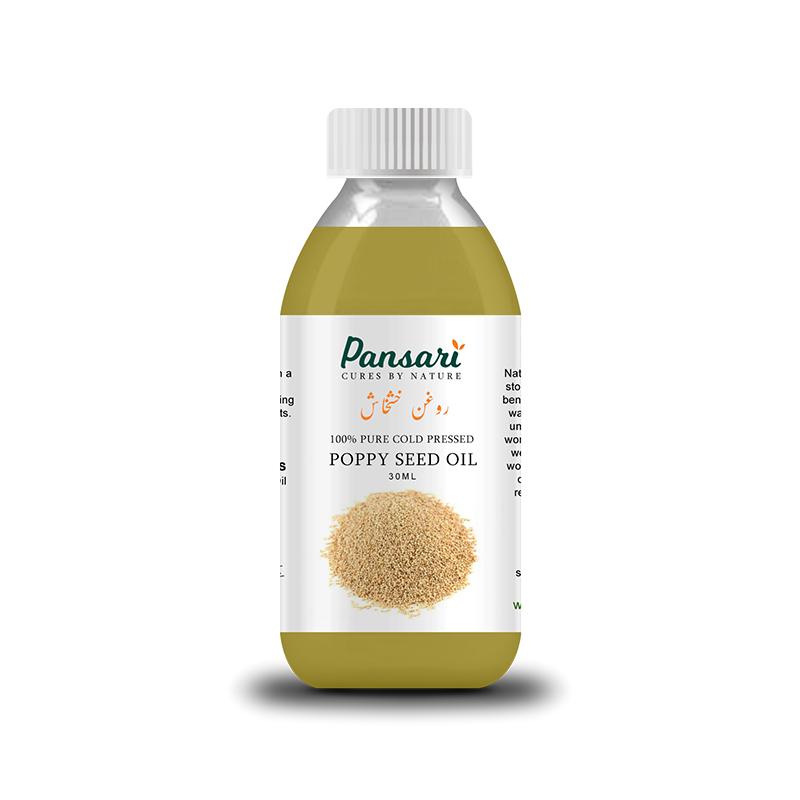 The poppy itself is actually a subfamily of Papaveraceae, which are herbaceous plants grown around the world. The most commonly referred-to species within that subfamily is Papaver somniferum, called opium poppy or breadseed poppy. Poppy is believed to have originated in the Mediterranean region but is now grown widely throughout eastern Asia and many parts of Europe. These small flowers produce an edible tiny, kidney-shaped seed known as the poppy seed, also called ‘khus khus’ and ‘khashkhash’.

Poppy seeds have a high amount of polyunsaturated fat but are low in cholesterol and sodium. They are a good source of fiber, calcium, iron, magnesium, phosphorus, and potassium. The seeds are packed with vitamins like vitamin C, thiamin, riboflavin, and iron.  Poppy seeds also contain certain alkaloids that can have strong effects on the body in large doses.

Poppy seeds Oil have high concentration of minerals, vitamins, dietary fibers and electrolytes that assist human body as well as circulatory system. It also possesses anti-inflammatory and antioxidant properties that help to promote immunity as well as cell damage.

Poppy Seed Oil is an effective natural emollient that helps to improve the hydration and elasticity of the skin. It is readily absorbed and can aid the absorption of other oils or ingredients that it's blended with. It has been shown to enhance the effectiveness of the skin's barrier function - reducing moisture loss and preventing dryness and premature ageing - resulting in softer, smoother and more supple looking skin.

Poppy Seed Oil is also useful for nourishing and moisturising the hair and scalp. It helps to improve the shine and condition of the hair and is good for treating dry scalps and split ends.

The oil is suitable for all skin types including sensitive and irritated skin. It can be used as a massage oil, and in creams, lotions and body butters for dry, rough, damaged and ageing skin. Its natural tocopherol (Vitamin E) content makes it particularly useful for skin conditions such as dermatitis and psoriasis. As Poppy Seed Oil is non-irritating it can also be included in baby lotions and nappy creams.

NB: Pansari's Poppy Seeds oil is pure oil and can be used for edible purposes too.