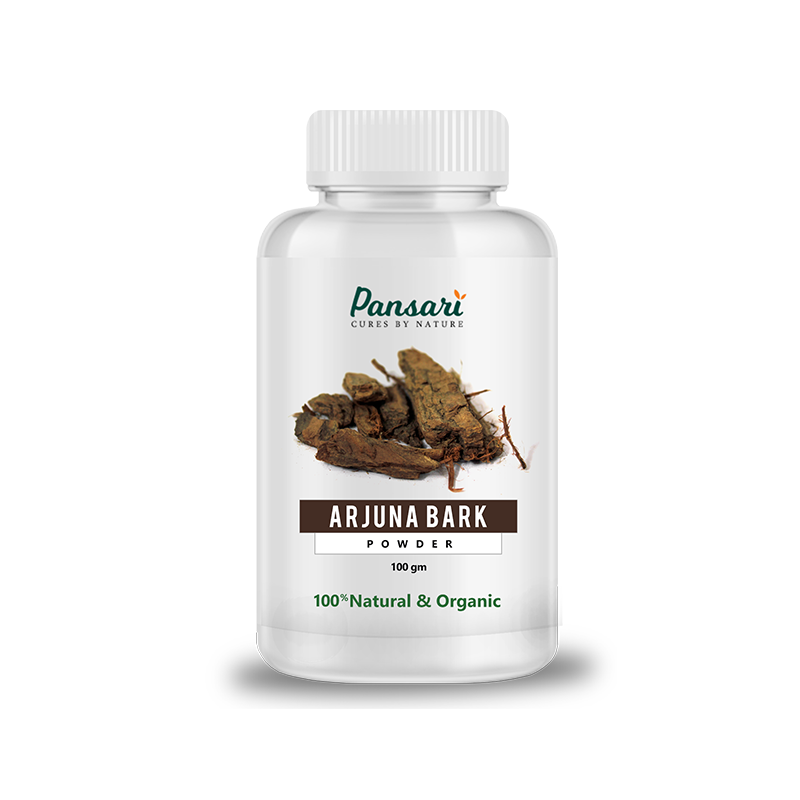 Arjuna Bark / Arjun Ki Chaal (ارجن کی چھال) also known as Terminalia Arjuna, is a tree bark that is used medicinally in Ayurveda for the purposes of cardiovascular health pertaining to the heart itself. It has a large variety of bioactives, with the water extract showing promise at improving left ventricle function of the heart without any observable toxicity of side effects.

One of the health benefits of the arjuna herb is that it is known to be effective against the symptoms of asthma and can even cure the individual of this medical problem. As part of the natural treatment for asthma , the arjuna bark powder should be mixed with hot water or with milk and then consumed in the form of a tea.

The arjuna herb is a powerful antioxidant and hence is it known to be good for the skin. One of the terminalia arjuna uses in skin treatment involves preparing a paste from the arjuna bark along with some honey and applying this paste on the acne prone area. The astringent property of the arjuna herb is known to help in the prevention of acne.

Health benefits of arjuna also involve it being able to flush out small stones that may have formed within the kidney thereby hampering the functioning of the kidney as well as the resulting pain. In this treatment , the bark of the arjuna tree should be boiled well and then the liquid should be filtered and consumed. The arjuna herb is known to break the kidney stones that may have formed into small pieces and then eventually flush them out via urine.

Health benefits of the arjuna bark also include it being used against heart disease. The Arjuna herb is known to raise the coronary artery flow thereby protecting the cardiac tissue from any ischemic damage. Additionally, the arjuna herb is also known to be a mild diuretic besides blood lipid lowering, blood thinning and prostaglandin properties. On account of the benefits of the arjuna herb against heart disease , it is also recommended to be consumed by smokers.

Another one of the terminalia arjuna uses is that it acts as a cardiac stimulant and thereby has a tonic and cooling effect. Thus the arjuna herb is used in reducing the body temperature during a fever. The arjuna herb is also used in home treatments to arrest any bleeding or secretions. This is because the arjuna herb accelerates clotting and thereby promotes quick healing of the wound.

One of the most important health benefits of the arjuna herb is that the compounds that are present in this herb are known to help in maintaining healthy levels of cholesterol. Additionally, the presence of the phytochemicals in the arjuna bark are also known to lower the levels of bad cholesterol. The arjuna herb is also known to stimulate the pumping function of the heart thereby strengthening the heart muscles. Hence as one of the medicinal uses of the arjuna bark , it is used to treat angina and other cardiovascular medical issues.

Arjuna tea is also used as a natural treatment for dysentery and diarrhea.

For Heart Health: 1 teaspoon powder with a glass of milk twice a day.

For Diarrhea: Boil a pinch of powder in a cup of water and take half cup once a day.

For Hight Blood Pressure:  Take one pinch with lukewarm water for 1 week.