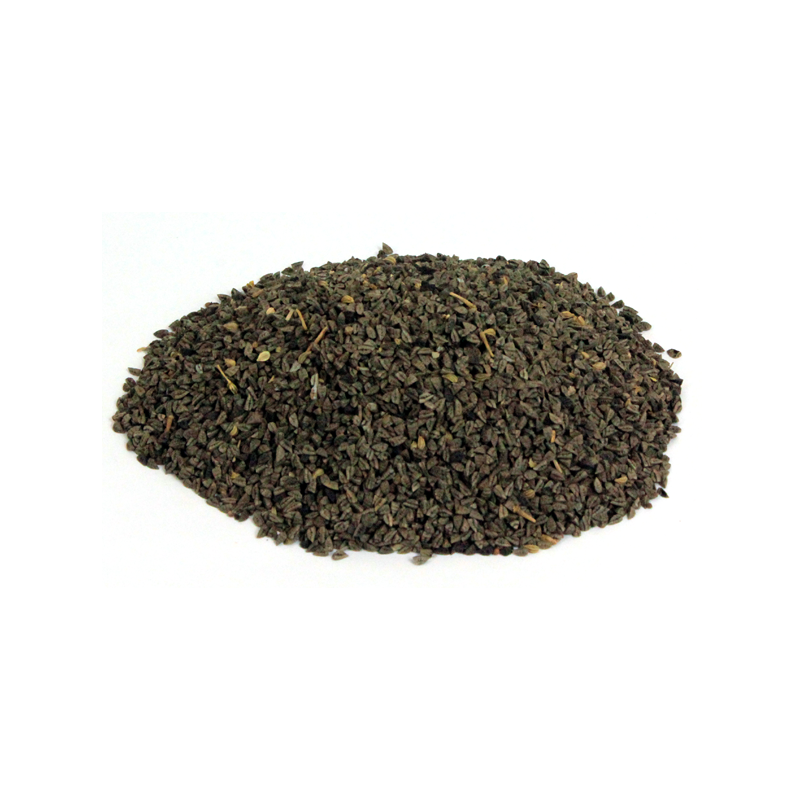 Yarrow is a hardy perennial that is native to Eurasia and widely naturalized in the United States. Yarrow can be found in waste areas, edges of railway tracks, lawns, grassy areas, old fields, along fence lines, roadsides and other edges. It is instantly recognisable due to its feathery leaves, strong stems and broad white flower heads made up of many small individual flowers. It is also known as Nosebleed Plant.

Yarrow is a wound herb, astringent and healing, and rich in vitamins and minerals. It is anti-spasmodic, anti-inflammatory, anti-flatulent and a tonic. It is also effective in lowering blood pressure, relaxing spasms, and arresting haemorrhage. A tea restores lost appetite and promotes perspiration during colds and fevers.

Yarrow seeds/Tukhm-e-Gandana (تخم گند نا) also known as Achillea Millefolium Linn, are highly known and widely used in herbal medicines and supplied either externally or internally. The entire plant is used, both dried and fresh and is best when gathered while in flower. It is recommended to use caution when this herb if used in large or frequent doses taken for a long period of time. This can possibly be harmful and may cause rashes or make the skin sensitive to sun.